Best things to do in Kenya

20 BEST THINGS TO DO IN KENYA

Kenya, East Africa’s No. 1 travel destination (nearly 1.5 million international visitors in 2017) is actually a multifaceted place with a wide variety of adventures both rural and urban.
While wildlife remains the lodestone, Kenya also offers awesome Indian Ocean beaches, world-class mountain trekking, surprisingly good nightlife, an eclectic cultural heritage and interesting ways to get around (from ancient sailing craft to a spanking brand new railway line).
Below is a list of 20 best things to do in Kenya: 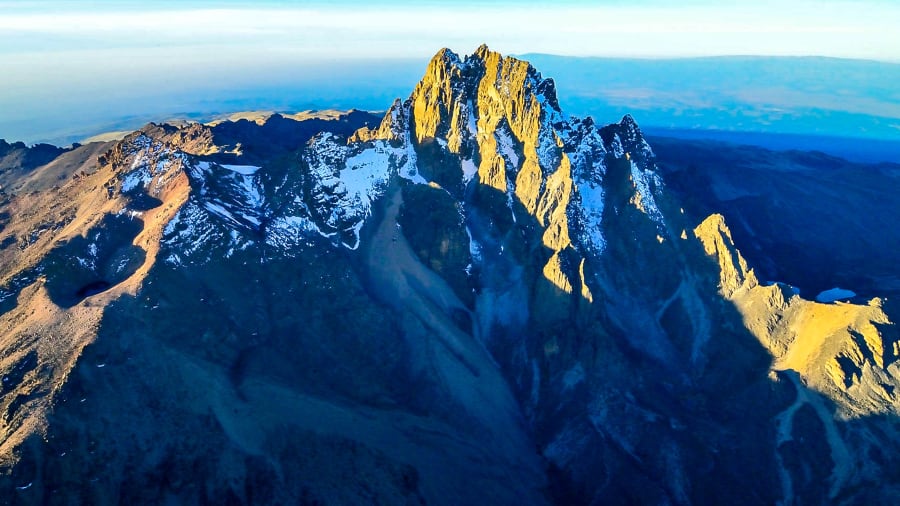 Rising to just over 17,000 feet (3,800 meters), Mount Kenya is the continent’s second highest peak. But the summit trails are far less crowded than its snowy counterpart (Kilimanjaro) across the border in Tanzania.
You’ll likely have the mountain all to your own during a trek that normally spans five days from start to finish (with four overnights on the mountain). True to its name, Mount Kenya Safaris offers guided trips via any of the three main routes to the top.

2. The Great Migration in Masai Mara 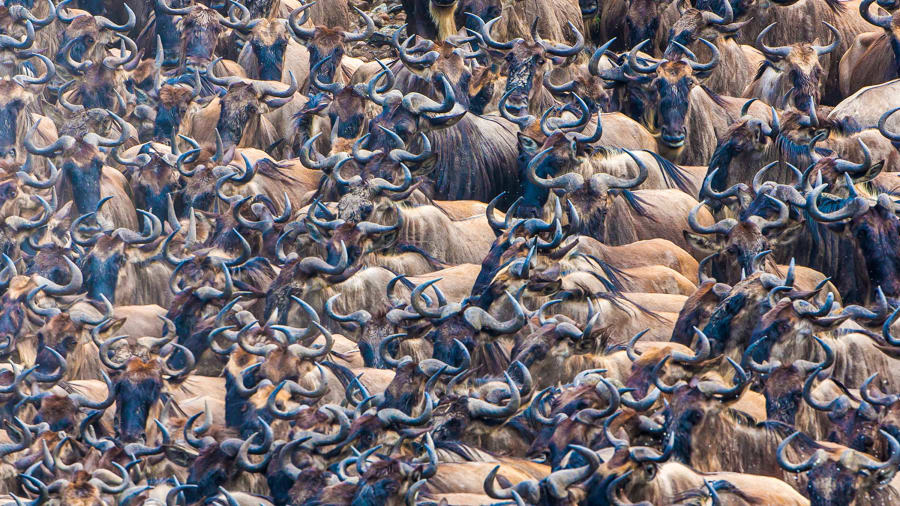 Arriving from the neighboring Serengeti Plains, millions of wildebeest, antelope and zebra — and the predators that follow them — thunder through Masai Mara National Reserve between July and October during the Great Migration.
The spectacle can be viewed on game drives, airplane or hot-air balloon flights, walking or horseback safaris. 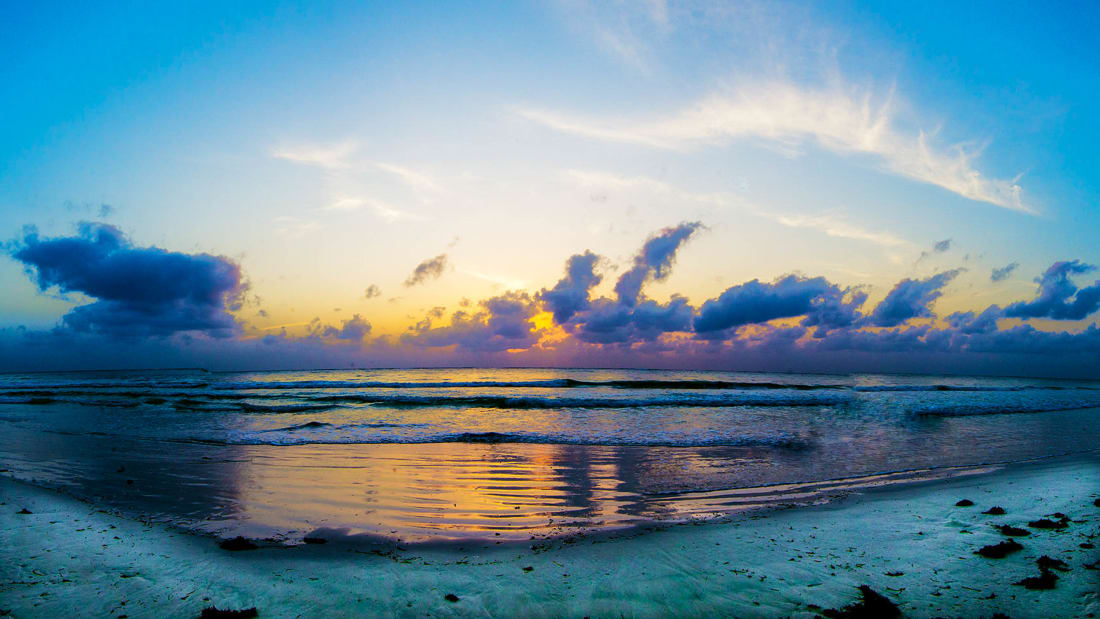 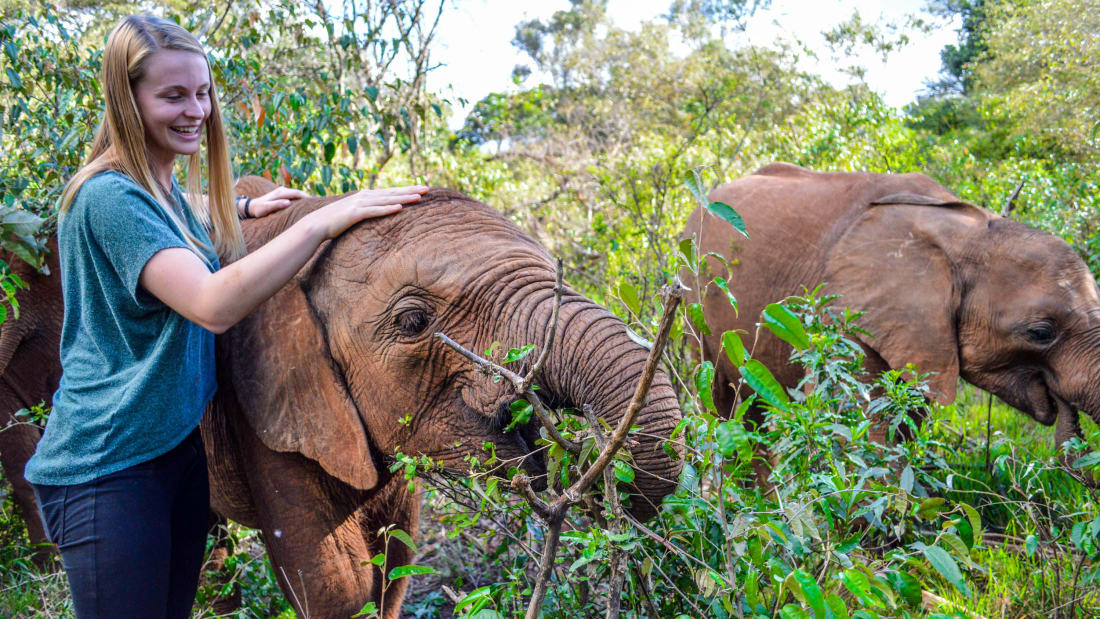 Foster orphaned elephants (or a blind rhino): fostering a baby elephant? Head to David Sheldrick Wildlife Trust on the outskirts of Nairobi where hundreds of baby elephants (and a blind rhino named Maxwell) have been saved from almost certain death since the sanctuary was founded in 1977 by conservation pioneers David and Dame Daphne Sheldrick. Baby elephant encounters and a chance to foster them offered daily. 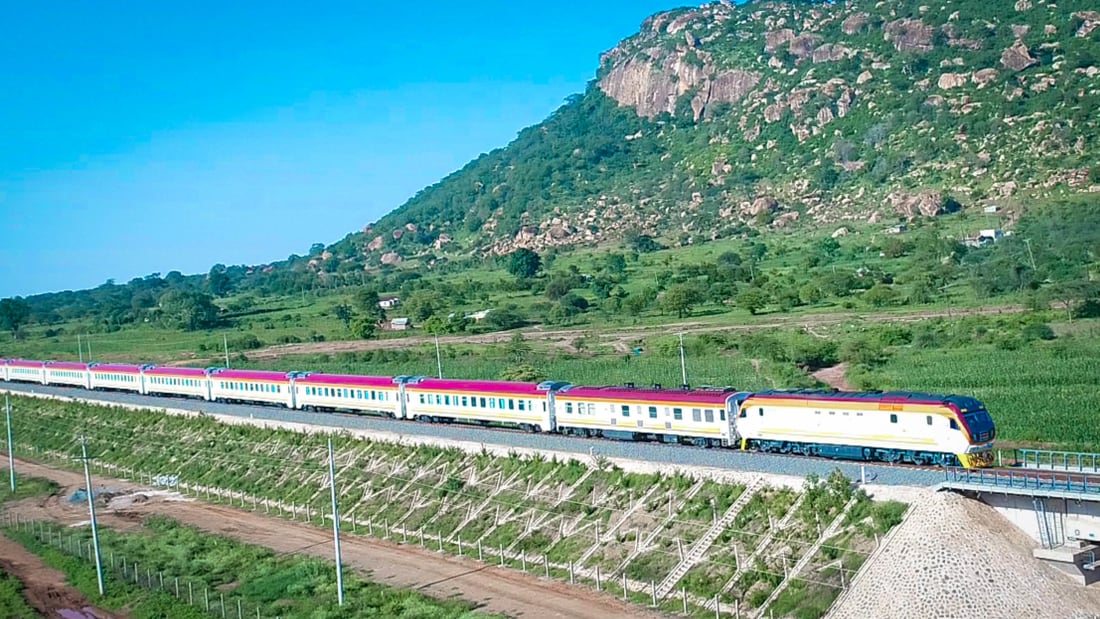 The Nairobi-Mombasa railway has been upgraded. 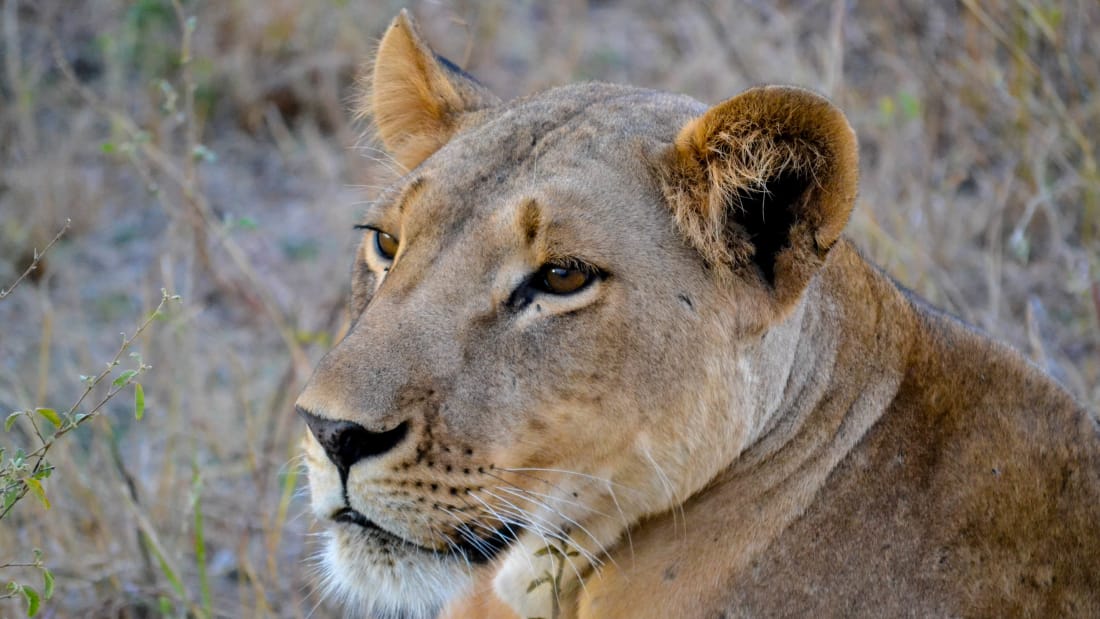 One of Elsa’s successors at the Meru National Park.

Kenya’s famous feline was immortalized by Joy Adamson’s 1960 “Born Free” and the blockbuster movie that followed. The orphaned lioness was raised by Adamson and her husband in a part of the remote Kenya bush that’s now Meru National Park. The Adamson camp was just below a rock outcrop now called Elsa’s Kopje, while her grave lies about an hour away on the north bank of the Ura River.

7. Sail the Lamu Archipelago by dhow 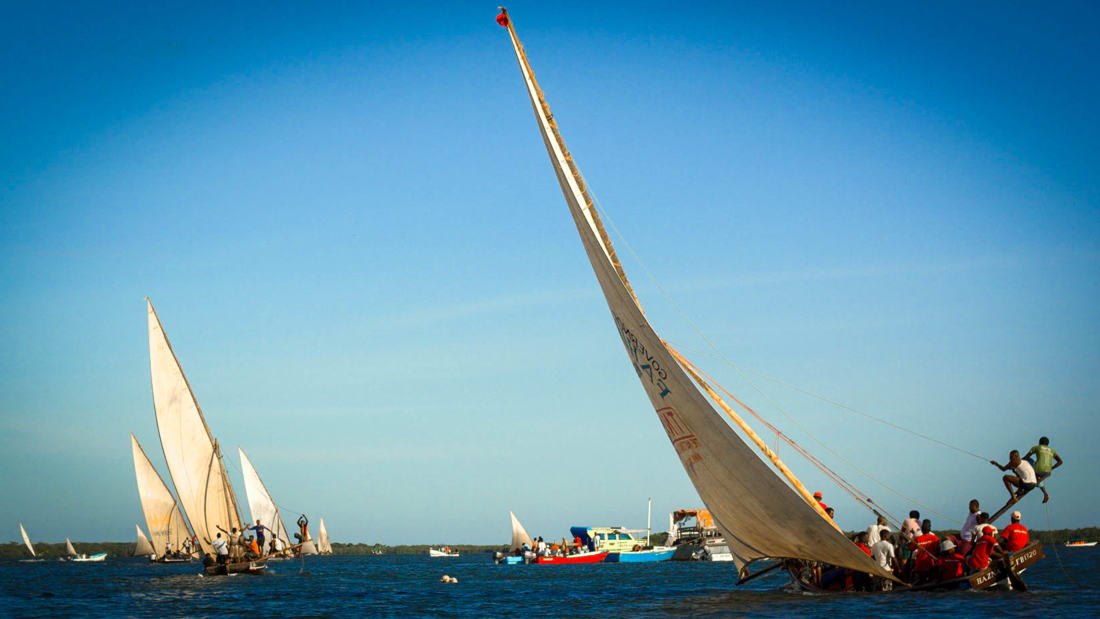 8. See Tsavo from the air 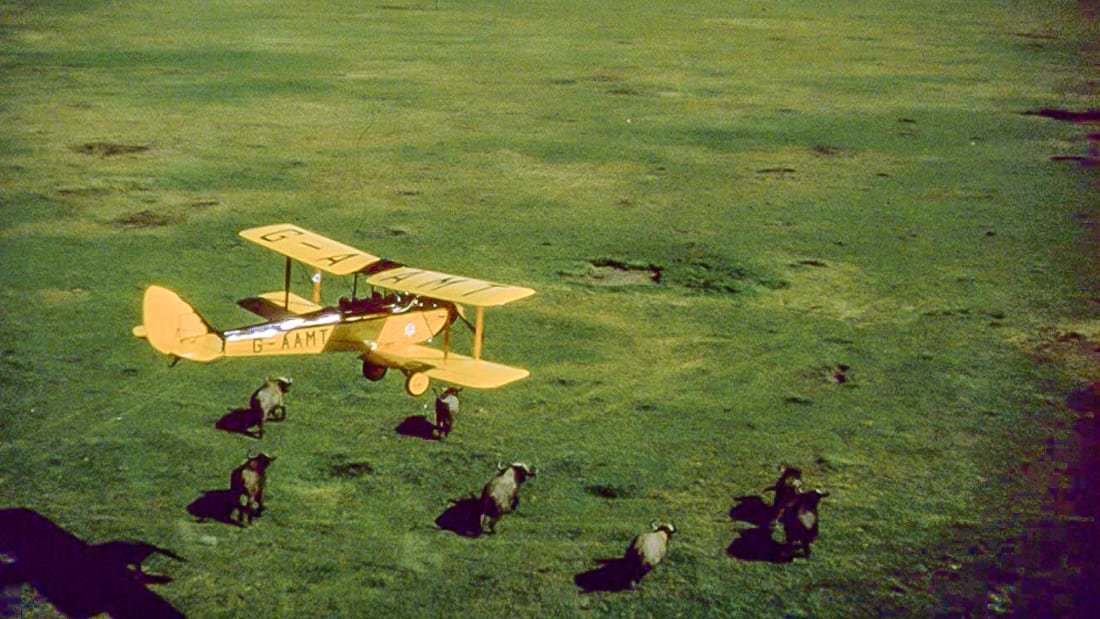 Kenya is even better from the air.

Denys Finch Hatton (the Robert Redford character in “Out of Africa”) pioneered the African aerial safari with his wildlife-viewing biplane flights in the 1920s.
His namesake lodge in Tsavo West National Park offers a bird’s eye view of Mt Kilimanjaro and the park’s orange-dust-covered elephants in conjunction with Campi Ya Kanzi and Luca Safari Aviation.

9. Dance the night away in Nairobi

The capital city’s staid colonial club scene has segued into a thriving modern nightlife world equal to any on the continent. The Westlands neighborhood and nearby Waiyaki Way in the city’s northwest offer numerous bars, clubs and cocktail lounges where a heady blend of locals, expats and visitors quaff (and dance) the night away.

10. Commune with crocodiles in Lake Turkana 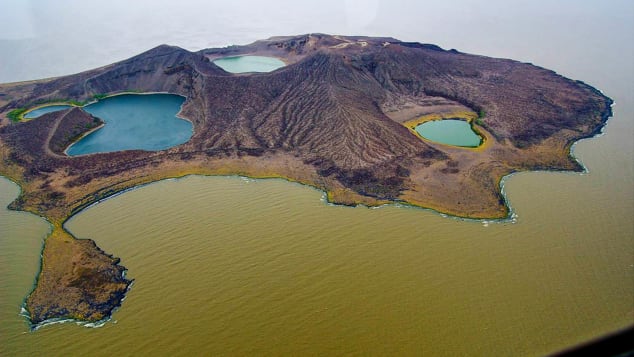 11. Roam with rhinos at Lewa 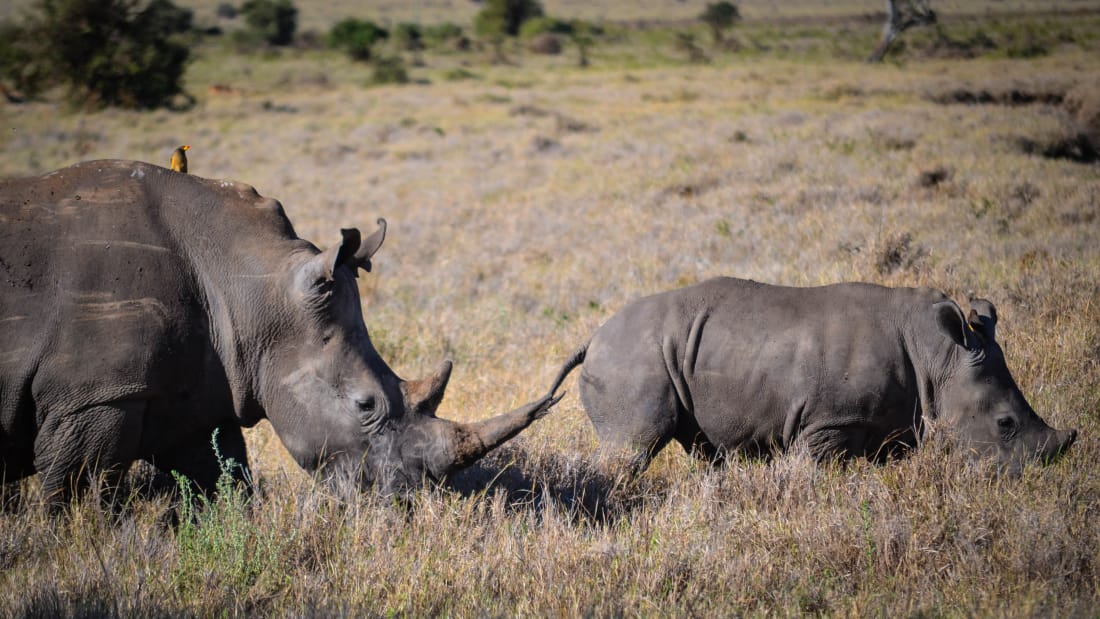 One of the great success stories of African rhino conservation, Lewa Conservancy in north-central Kenya has grown its black and white rhino population from just 15 in 1984 to more than 150 today. Through a combination of armed patrols, fencing, technology, intelligence and interaction with local communities, Lewa has virtually eliminated rhino poaching.

12. Channel the spirit of Karen Blixen 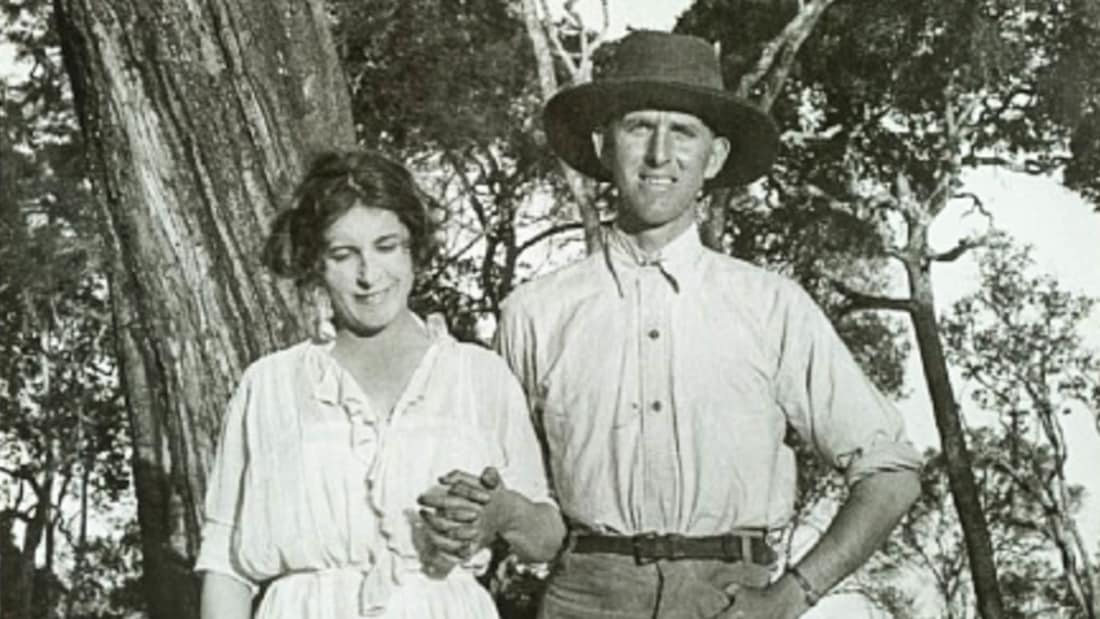 Karen Blixen and Thomas Dinesen were immortalized in the movie “Out of Africa.”

Danish author and baroness Karen Blixen (“Out of Africa”) spent 18 years in Kenya (1913-1931), living on a farm on the outskirts of Nairobi that’s now a museum dedicated to her life and times. And for those who know the story, it does boast a view of her beloved Ngong Hills.

13. Scuba or snorkel the Indian Ocean

Tucked down at the bottom end of the Kenya Coast, Kisite-Mpunguti Marine National Park provides a safe haven for whales, dolphins, sea turtles, more than 250 species of tropical fish, and 56 different types of coral. Scuba and snorkel trips are available from Diani, Tiwi and Shimoni. Best between August and March when the sea is smoother. 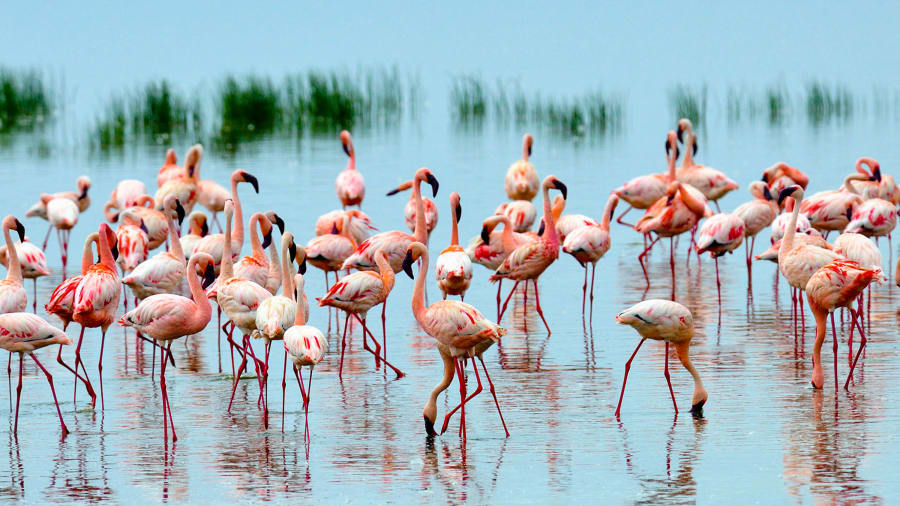 Flocks of up to two million flamingos frequent Lake Nakuru.

More than 240 bird species frequent Lake Nakaru in the Great Rift Valley. But the most photogenic are the pink flamingos that descend upon the lake in flocks that sometimes number one to two million birds.
Rhino and lion are among the other denizens of the national park that surrounds the lake. Eight campsites and upscale Lake Nakuru Lodge provides luxury accommodation along the waterfront.

15. Get licked by a hungry giraffe 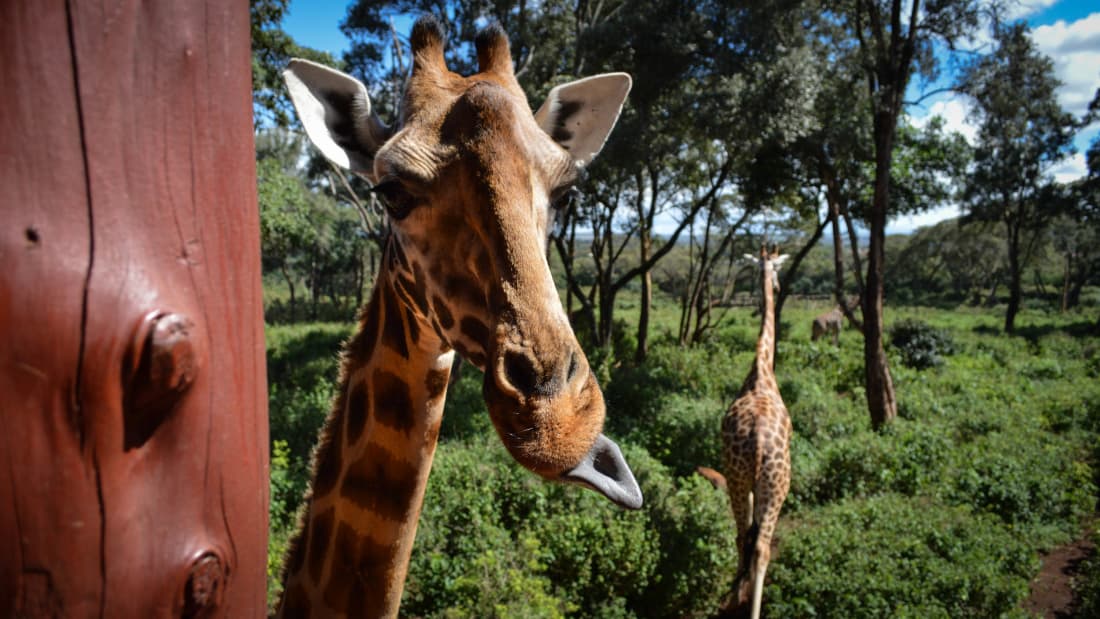 Being licked by a giraffe is part of the adventure.

A wooden observation platform brings you literally face-to-face with rare and endangered Rothschild’s giraffes at the AFEW Giraffe Center on the outskirts of Nairobi. Feeding them and getting licked by their long, black tongues is part of the adventure. The sanctuary is also home to the posh Giraffe Manor hotel

16. Train for a marathon in Iten

17. Get over your fear of snakes 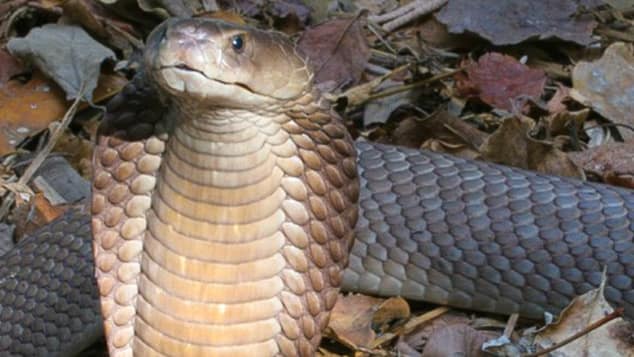 Get over your fear of snakes

Get scarily close to Kenya’s most dangerous snakes like the black mamba, spitting cobra, bush python and puff adder  at the Bio-Ken Snake Farm near Watamu.
The farm also offers three night snake safaris to track, catch and release serpents in the bush. 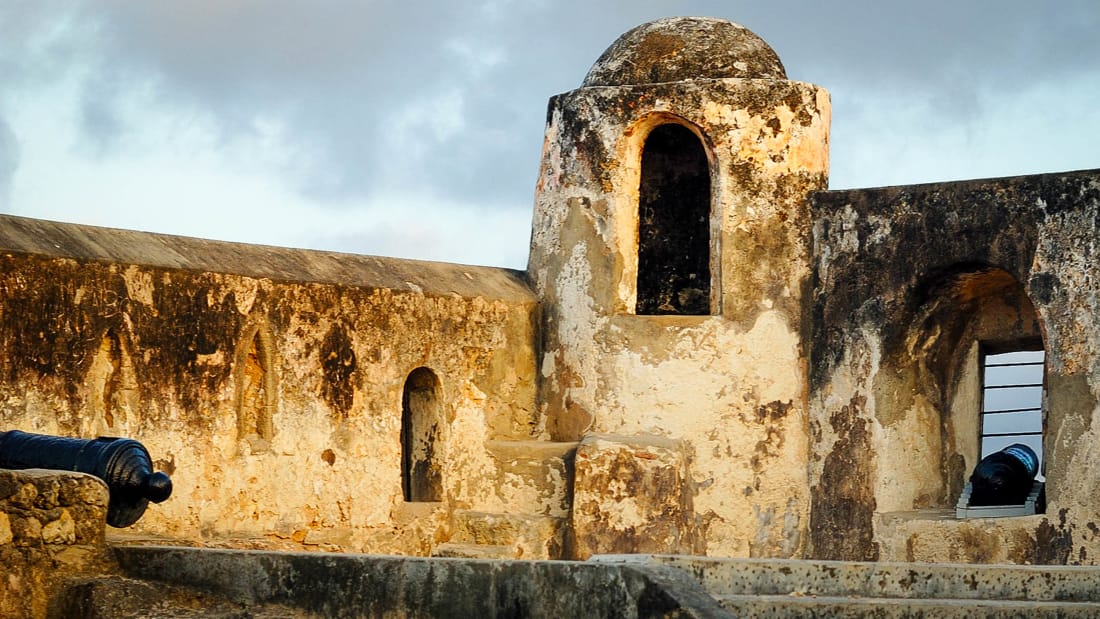 Founded in the 14th century by Swahili sultans, Kenya’s big port was later a Portuguese and British colonial bastion. The Old Town retains its bygone ways, means and architecture, a warren of narrow streets flanked by mosques, coffee houses and homes with massive wooden doors in the 16th century Fort Jesus looming over all.

19. Cycle through the Gates of Hell

Located about 60 miles (96 kilometers) from Nairobi in the bowels of the Great Rift Valley, Hell’s Gate is a gnarly lava carved landscape. Lacking dangerous animals, it’s also that rare African national park where it’s safe to cycle. Bikes are available for rental inside the park and from vendors outside the main gate.

20. Sleep beneath the stars 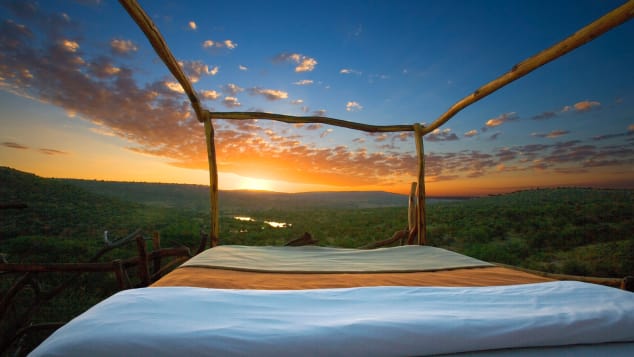 Lie back and stare into the infinite.

Sure, you can camp in Kenya. But why rough it when you can snooze al fresco (in luxury) at the Star Beds safari camp in Loisaba Conservancy. Staffed by local Samburu and Masai people, the camp features four poster beds that are rolled out onto the deck each night on the side of rocky outcrop beside a waterhole where elephant and other animals come to drink.